Alexandra Ana-Maria, known as Kasra Kali, is a Romanian model, writer, photographer and painter based in Bucharest. Her latest visually stunning project in collaboration with Adi Snowfalls (photographer) is a war cry that would certainly let emotional scars on viewers’ eyes.

After a long period manifested by creative blocks and heavy soul damages, the artist decided is time to make a change, and how else to cut the omen’s vicious circle, if not by looking into the gun’s barrel? For the photoshoot, she chose to paint her skin, “to paint something that lives, between all the canvas in the background”. 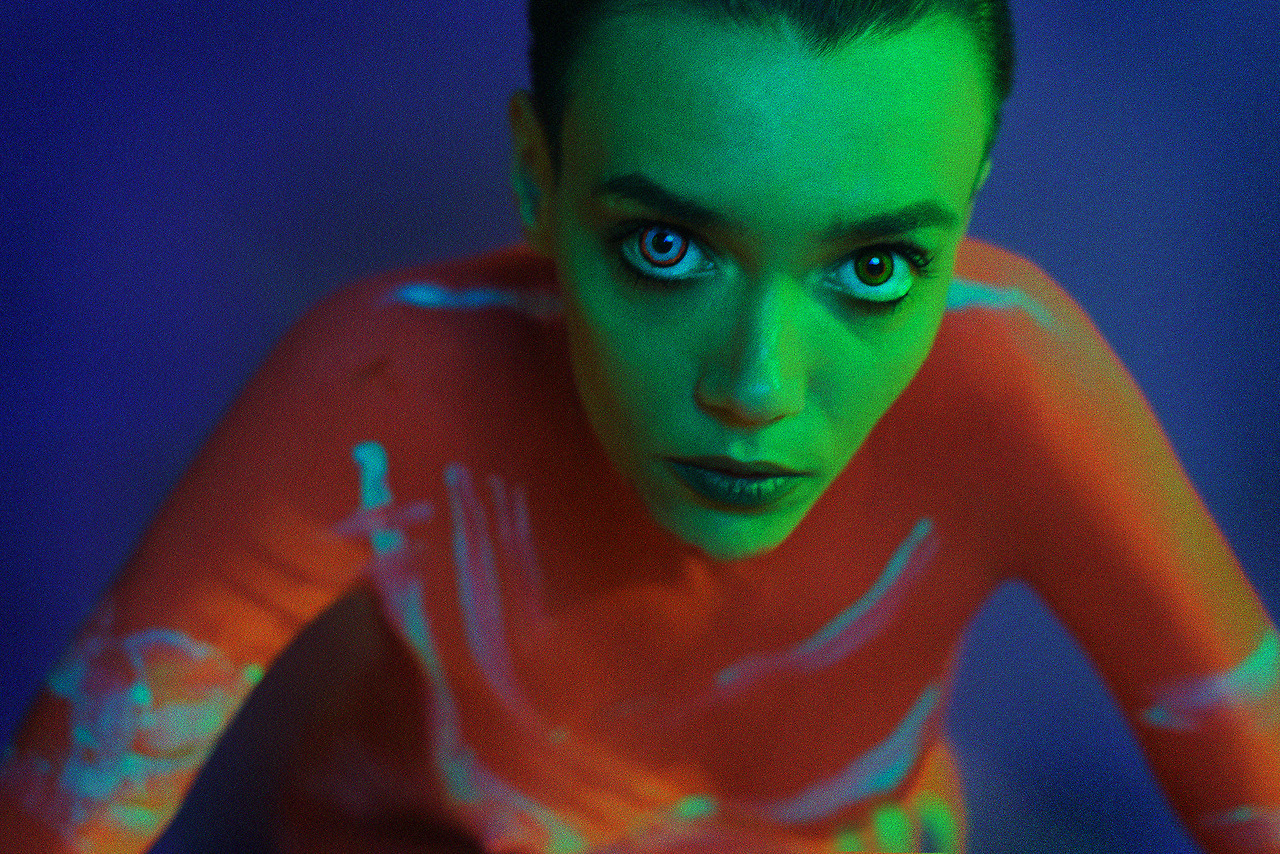 Kasra came up with the photoshoot idea and posed as a model/canvas for Adi, who shot the pictures and fixed the background. “[The project] slightly formed when walking alone on the streets, reflecting at the last year – a long journey through my soul and feeling’s Purgatory”, Kasra told me. “So I called Adi, and said: let’s paint myself, let’s make some art!”.

The amazing photographs capture exactly the savagery, the chaos that both artists aimed to show. Some of the pictures are devilish, gore-oriented, while others burst in metaphors. For example, there are portraits featuring Kasra’s differently colored eyes, a metaphor for “seeing this world with one eye, and seeing the Underworld with the other”. “This idea was Adi’s, and I completely found myself in it, because I’m living a paradox – artistic life versus social life. I constantly find myself struggling about what am I supposed to do with my life. I have a degree in Criminal Law, but I’m also an artist at the same time. I’ve been writing for a while as well, although everything went underground recently”. She continues: “It’s been a challenge, really, because I’ve had long creative blocks, being unable to photograph, to write. Then a toxic life-journey followed, that completely outcasted me from the creativity orbit”.

Colorwise, the entire photoshoot is a complete dark-rainbow, to say so, a mix of red with diffuse lights and color spatters here and there. The artist recalls red as the color of “warriors”, another way of highlighting the unleashed anger the whole “Chaos” project wants to suggest. While the photoshoot is altogether a break-through, an artistic statement in its purest form, it’s also a way of spiritual healing, or, how the artist nicely says: “After war, we make love – after chaos, we get better!”