WILDE & BROWNE are indie pop singer-songwriter Cha Wilde and guitarist Davey Browne, who have teamed up to create a self-titled album of some sonic depth. The real-life married couple’s collaboration explores themes of seduction, love, polyamory, sex, and freedom, revealing much of their indie influences and pointing to an exciting direction for the duo. The album features eight original tracks, perfectly showcasing the couple’s excellent songwriting and Wilde’s soft and stunning vocals.

WILDE & BROWNE said in their press release, “For 37 days in a row, we woke up and wrote a brand new song from scratch. Thirty-seven songs total were created in the winter months. We wanted to see what we could create while racing the 24-hour clock. The limitation would push us to grow. Some days we were at home and had all day to produce music. On other days we were traveling or busy with other tasks, and the pressure to create a full song forced us to get creative. We wrote <<One Dollar Chinese Food>> the final track on the album, in the car driving from Seattle to Portland. We traded perfectionism for momentum. At the end of our everyday songwriting project, we selected our favorite songs and polished them up, preparing them for release as this album. We dropped this album on our fifth wedding anniversary, celebrating how much we’ve grown as artists together.”

Opener ‘Tangled,’ atmospheric and playful, immediately evokes a sense of curiosity, and you find yourself tangled on the album (pun intended). While an incredibly well-established mix of tasteful acoustic guitar and bass dominates, Wilde’s voice lingers in the memory long after the final chords. ‘Black Bunny Ears’ opens with softly strummed acoustic guitar and gentle percussion powered by lovely songwriting. As the band’s personal story develops, they reflect even more on connection, love, and freedom to do whatever brings you joy. You can’t help but notice Cha’s smile-inducing sounds, making this love confession all the more relatable.

‘Twisted Melodies’ and ‘Free Summer’ lift the pace a little and shows the duo’s folky influences. While they are both colorful tracks, I would have wished that ‘Free Summer’ to be a bit longer, as it feels almost addictive when Cha sings, “I spend my summer so free/ Free free summer free free free summer free.” Then comes ‘Love and Fuck’, a musical and songwriting prowess. And as Wilde sings, “All I wanna do is love and fuck”, she delivers a range of dynamic contracts: soft vocals, angsty lyrics, and big payoffs. We’re only halfway through the album, and the quality of instrumentals, vocals, songwriting, and productions makes it evident that we are in incredibly safe hands.

‘Moonship’ is totally delicious—what a beautiful song with its eclectic and soulful production and interpretation. There’s no level of comparison. In fact, why compare? WILDE & BROWNE are what they are: an extremely versatile and talented duo. Both instrumentalists, songwriters, and artists let the music take them on their incredible journey.

After such a delight, it may feel that ‘Goes It’s there’ takes a slight dip, yet you’re surprised to hear Browne singing. Closer ‘One Dollar Chinese Food’ is a song that it’s impossible to listen to only once. The track has hit single written all over it, and if these things would still matter, it’s likely to show up on radio and playlists everywhere soon.

Aside from the memorable melodies, performance, and playing, there’s a serious, brilliant weight to all these songs. WILDE & BROWNE have written an inspiring album celebrating love and sending a message to those who want to find freedom. Incredibly, after finishing the album, I still find myself replaying ‘Moonlight’ – it could be the sound that trips lightly across Americana that it’s a pure pleasure.

This is the album where the end result is the product of far more than music making process, embodying the relationship between the musicians and life. I can’t recommend it enough. 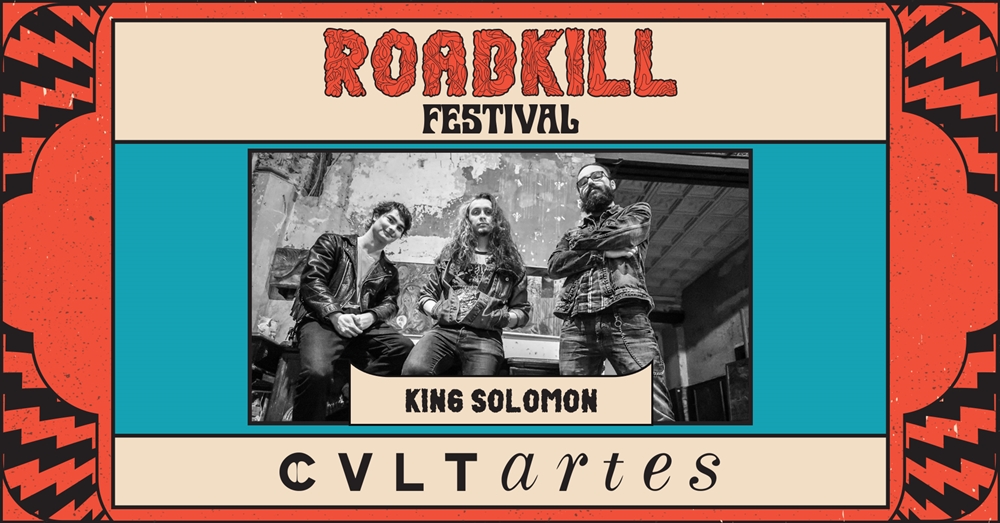 Lil Obeah Talks New Album; “In my Universe, a Sigh is Louder Than a Scream”