SXOKONDO (pronounced shock-ondo, from the Esperanto for shockwave) is a Swiss hardcore band based in La Chaux-de-Fonds. The band’s first full-length, “Altered Ego” was released on 28th October 2022, on Division Records. This album is a new beginning for the band and the result of various reflections, including the will to work in a DIY and especially local spirit. We talked with Séb, the vocalist, and Julien, the guitar player, about their latest release, influences, and other cool stuff also.

Hi guys, and thank you! Now, tell me – what kind of people listen to SXOKONDO? Who are they, what are they thinking, and how do you think they perceive life?

Séb: Hi, it’s a pleasure. So… not the easiest question to begin with (lol). Well, I don’t really know what kind of people listen to us. Hopefully, many different people. I mean, of course, people who like hardcore or any other extreme music (although we’re not that extreme) would probably be interested to listen to us. But our music mixes genres and we might have listeners from a lot of different backgrounds, who knows? And frankly, I have no idea what they are thinking or how they perceive life. I mean, if you are a hardcore fan, you might have a disillusioned view of the world and the reality that surrounds us. That’s probably one thing a lot of people in this scene have in common, besides the love of music. Or maybe these people are just curious to know what a Swiss hardcore band sounds like?

Julien M.: Hello there, and thanks for your interest! I guess it’s more or less people like us… People who are pissed off and disillusioned by how our society works and where the world is going. People who feel liberating to listen to aggressive music that speaks (well, screams) about these topics in a cathartic way.

I believe that all authentic music is based on the musician’s personal experience. Is this the case for SXOKONDO?

Séb: Yes, of course. Musically and lyrically, everything we do comes from the heart, from our lives, from what we love and what we hate. I cannot really speak for the rest of the band, but my lyrics come from everything I’ve experienced in life, from how I perceive the world, what I’ve been through, etc.

JM: I get this question regarding the lyrics. But when it comes to writing riffs or defining a song’s structure? Well, as Seb said, we put all we have into our songs, so if we don’t feel that little shiver while playing a song draft, we throw it away and try better. But we’re still heavily influenced by other bands.

Séb: Basically I would say we play hardcore inspired by bands like Breach, Cursed, early Converge, Botch, and a few other like-minded bands. At least, that’s what I’ve been told by the other guys in the band because frankly, I have no idea what we’re doing. Heavy music?

JM: “Best served with the volume on 11”. (laughs)
More seriously, I prefer to say nothing and listen to what the person thinks of it afterward.

What do you want people to feel primarily when listening to SXOKONDO? How would your upcoming album, “Altered Ego,” be best served?

Séb: They should feel surprised, I guess. Because each song is a bit (or a lot) different that the previous or next one… don’t expect to have 10 songs that sound all the same. As for our album (that actually came out last October), I would say only one thing: as loud as possible.

JM: I had this feeling with some albums of extreme music: it’s so pissed off, so aggressive yet touching at the same time that I almost feel like going back to some feral state. If we can ignite such a feeling to our listeners or at least some of them, I’d take that as an achievement!

JM: Errrr… Not easy with only one. Confrontational?

Séb: There’s no song that’s more difficult to perform now than it was before. Maybe it would be a bit difficult to play really old songs because they suck (lol). Otherwise, I’m just happy to perform any of the songs we have.

JM: ‘Child Of Rage’ was composed in a sort of funny way. It’s one of the only songs we created all together from start to finish. We found the opening riff and a couple of others started to mess around with structure and time signatures, and at some point, all hell broke loose. We ended up with this twisted and quite confusing song, but then we had to remember the odd structures and play them properly. (laughs) We got caught at our own game!

Séb: I think that art, when done right, should question your relationship to the world around you. It doesn’t matter if it’s about serious or trivial things or if it questions you in a precise, evasive, or metaphorical way. But it should move you and make you think, make you uncomfortable, angry, happy, anxious, or serene.

JM: Do we learn from our mistakes? Apparently not enough. So can art change the course of things? I feel like saying yes here would be exaggerated. But if it can make people question themselves, their views, and how they perceive the world we live in, it’s already worth it in my opinion.

To what important historical event would you see SXOKONDO playing and why?

Séb: None. I just want to play in small clubs and walk on people’s faces.

JM: The first thing coming to my mind is the Seattle WTO protests in 1999. One rare time when regular people really gave billionaires trouble. But deafening people in small clubs and see Seb walking on their faces while we bring them a wall of distorted noise suits us well I guess!

Séb: I guess the other guys will have a ton of different answers, but for me, if we stay in the realm of hardcore and related genres, it would be “Dead Man Walking” by Arkangel, “Where Blood and Fire Bring Rest” by Zao and “Funerary” by Pulling Teeth.

JM: Well, I suck at making choices and I love name-dropping, so it’s gonna be hard to keep the list relatively short. Here we go: “Damaged” by Black Flag, “Roir Sessions” by Bad Brains, “Scratch The Surface” by Sick Of It All, “The Process Of…” by Turmoil, all Converge albums, all Breach albums, all Cursed albums, all Botch albums, “No Surrender” by Kickback, “No Absolute in Human Suffering” by Gaza, “Abandon All Life” by Nails, “Cycles” by Rotten Sound, “Human 2.0” by Nasum, “Songs to Fan the Flames of Discontent” by Refused, “Strap It On by Helmet”, “Songs Of Love And Hate” by Godflesh, “Monument To Thieves” by His Hero Is Gone, “Goo” by Sonic Youth, “Blood Run” by Unsane, “Uprising” by Entombed… I could go on for hours!

Hardcore music has such a distinct touch, slightly fidgety, but not so hard to notice it. If Hardcore were to be a person, would you like to have it as a friend or a girl to hit on?

Séb: Hardcore is definitely a friend.

JM: I’ll go for the friend too!

If your music would be proposed as a movie soundtrack for the world’s current situation, what song from the “Altered Ego” album would you pick and why?

Séb: It’s kind of an obvious answer when you listen to the album I guess, but I would use the 2 last songs, ‘Void’, and ‘Ruins’, they work well together and the titles speak for themselves.

JM: Same choice for me. These two tracks have an atmosphere that reflects pretty well the way I see the world now and where it’s going, while the other songs depict more our own reaction toward the causes that made the world the way it is.

We know that music is a form of cultural expression and, like any other type of art, it can be educational. Considering your music, do you think is educational in some manner?

JM: This is tricky… To me, punk and hardcore music are indissociable with lyrics dealing with human nature’s flaws and political issues, but I hate being pretentious or acting like a lesson giver. If some of Seb’s words and the way we put them to make people think and question things, that’s great, but we’ll never pretend to educate them.

What are the main aims and objectives for you in the future?

Séb: To play a few shows, have fun and maybe record a second album. That would be great and more than enough.

JM: To keep on writing and recording music we love, and to tour as much as we can while it’s still possible. 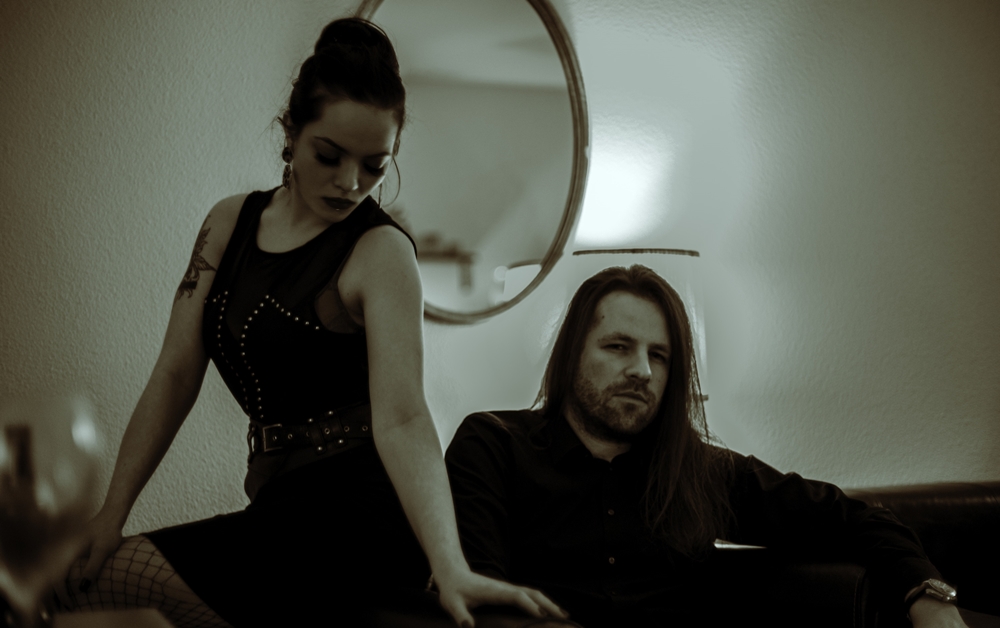 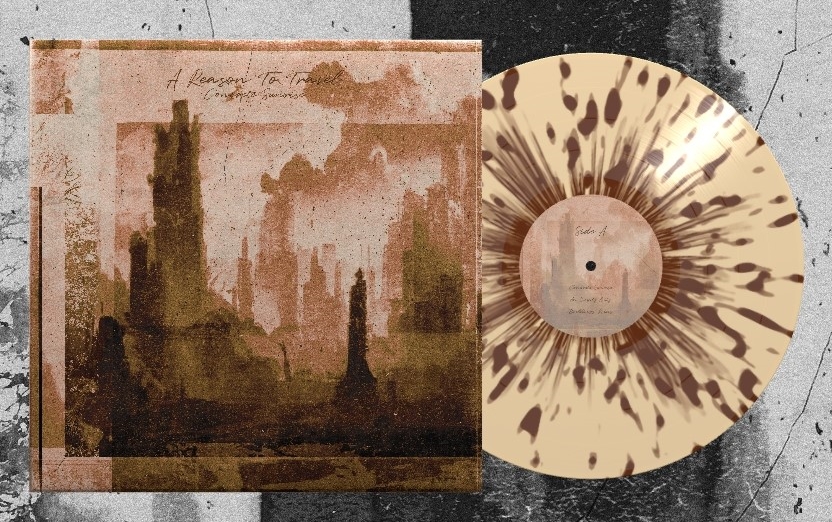