NO GOD ONLY TEETH is a post-metal/sludge quintet from Hamburg, Germany, and “Placenta” is their full-length debut album on Vinyl and CD, released via Narshardaa Records in December 1. With their roots in different types of extreme and emotional music, they combine all their sounds to compose their distinctive voice. Between heavy […]

‘To Ourselves The World Entire’, a brand new song to be featured on She Said Destroy‘s third full-length album “Succession” is now playing here: Picking up where they left off with their 2012’s EP “Bleeding Fiction”, “Succession” was recorded at guitarist Snorre Bergerud’s studio Ymir Audio, located in Vilnius, during January and February 2020 and contains a collection of material written between […]

Swiss post-hardcore quintet KEHLVIN finally puts a halt to a six-year hiatus and announce the release of their long-overdue third album “Holistic Dreams” due out on September 24th via Division Records.  Having released two acclaimed full-length albums “The Mountain Daylight Time” and “The Orchard of Forking Paths”, one EP “Holy Cancer”, and two split-releases, and having shared the stage with the […]

For 25 years, IMPURE WILHELMINA has been creating singular music on the borders of rock and metal. The Geneva quartet has never been afraid to reinvent itself and to push back the stylistic barriers, without ever losing its strong identity. Intensity, melody, power, and melancholy are the keywords that guide the band’s […]

Following eight long years in hibernation, Norwegian genre-bending innovators She Said Destroy finally return with a new full-length album titled ‘Succession’. Picking up where they left off with their 2012’s EP “Bleeding Fiction” for Mas-Kina Recordings, this new effort consists of material written over the last 13 years and thus represents a broad collection of influences and musical styles.  ‘Succession’ was recorded at […]

Danish sludgy post-metal trio Kollapse has revealed a music video for a new song off their forthcoming second album “Sult”, which is set to be released on April 9, 2021, via Fysisk Format, in cooperation with Maniyax Records, Dingleberry Records, and Virkelighedsfjern. The last couple of years have been particularly difficult for the band, after a string […]

What would you do if you knew that anything you could ever meet in life has already happened?It’s like sitting for half an hour in the waiting room at the doctor that just gave you eight minutes to live. ‘Terminus’ is a kind of autobiography of a terminal illness, one […]

Belgian sludge/post-metal newcomers Pothamus have just revealed a music video for a new song from their forthcoming debut album “Raya”, due out on December 4th in collaboration with Consouling Agency. Recorded and mixed at GAM studios (Waimes) by producer Chiaran Verheyden (Psychonaut – Unfold the God Man), and mastered at MotorMusic (Mechelen) by Laurens Grossens, “Raya” is the result of three years of […]

Australian post-metal group Empress has just revealed a music video for “Void Shaped Void”, a new song off their forthcoming second album “Wait ‘til Night”, which is set for release on November 20th via Brilliant Emperor Records. Recorded by Liam Kriz at Ravager Sound and mixed by M. Deslandes, “Wait ‘til Night” sees Empress once again blurring the lines of such diverse musical genres […]

Belgian sludge/post-metal newcomers Pothamus will release their debut album “Raya” on December 4th in collaboration with Consouling Agency. Recorded and mixed at GAM studios (Waimes) by producer Chiaran Verheyden (Psychonaut – Unfold the God Man), and mastered at MotorMusic (Mechelen) by Laurens Grossens, “Raya” is the result of three years of intense writing that culminated in a fifty-minute journey […] 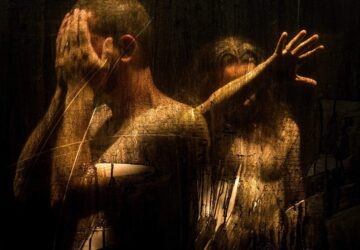