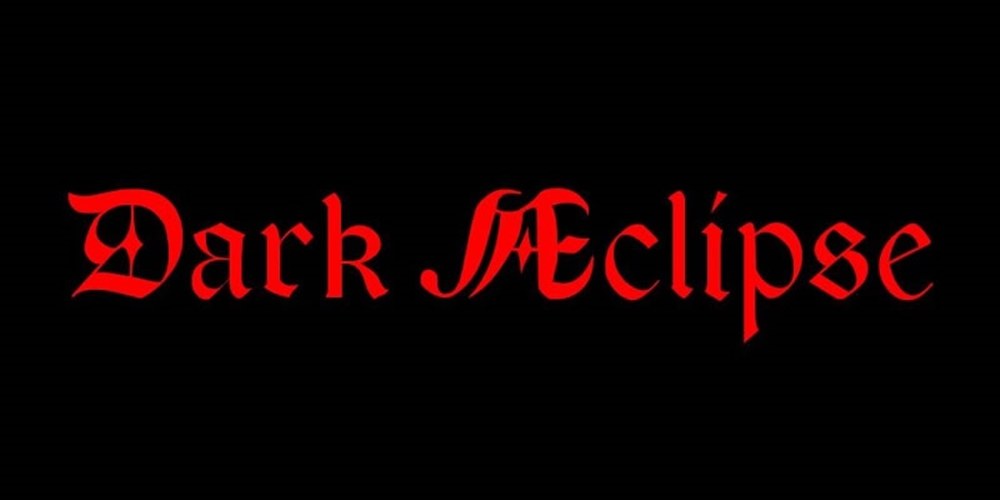 This band was my brainchild, so to speak. It all started when I played Rock Band 3 on XBOX and saw the progression of the band from our early stages until we were mega rockstars and playing in all kinds of areas around the world and after that, I wanted to start a band so much and one fateful day, I met the two people who would help me found the band, my first rhythm guitarist Tiberiu Zulean and my artist Andrei Matei Banc, who is still drawing our artwork to this day. We first wanted to start a thrash metal band and we wanted to call ourselves Warmonger, but after some research on Andrei’s part, we found out that there already was a band named Warmonger in Italy and we didn’t want to start a copyright infringement lawsuit over the band name, and thus Dark Æclipse was the name chosen for our band. We didn’t exactly have a plan in mind for what genres we wanted to play so we started with some thrash and then morphed into the symphonic black metal/doom metal/power metal band you know today.

What were some of your influences ever since the band started? Specifically, though I figure you’re pulling a lot of personal feelings and emotions, were there any musicians or writers that played a significant part in your life as this project came together?

On the player “influence” I don’t think I had any in mind specifically, but on the writer’s side of composing and influence I think that Tolkien and Frank Herbert and Joseph Delaney played a significant role in my shaping as a storyteller, our song called “The Curse Ov The Witch Doctor” taking after the book called “The Spook’s Curse” by Joseph Delaney and Tolkien specifically. I’ve heard in some circles that people think that I copied Tolkien when I came up with the concept of “The Evil Eye”, basically saying that I blatantly copied Sauron for this character. But this is not true. Yes there is a character in the story called The Evil Eye and it is fully corporeal, but the story wants to tell that “The Evil Eye” is not an entity per se, but it is “The Evil Eye” or as it is called in Romanian “Deochi” which practically means that someone is jealous of you and fixes their gaze on you to make you feel sick. But there is also the inverse of the first meaning which means that someone cures you of “The Evil Eye”.

I always keep my guitar or bass on hand while writing songs as they are tools to help me figure out what sounds good and what doesn’t and because I do a lot of my writing my hearing the notes and lyrics inside my head, I can write an entire album in either 7 years (like Sign Ov The Evil Eye) or 2 days (like The Sounds of Luxumdolor EP).

Is there a specific philosophy or worldview underlying your work?

I think that the specific philosophy that underlies in my work is that people will always cast a shadow of doubt upon your work, but you must always persevere and push through any obstacles that lie in your path.

First things first, I want my audience to escape the real world for an hour or two to make sure that they relax and have a good time and feeling afterward and our lyrics already tell what kinds of situations the council is facing. Battles with demons, gigantic creatures, etc.

Tell us about your upcoming debut album! The band is recently reconstructed but seems united than ever. How are you dealing with writing and composing this album?

Yes, I have recently reconstructed the band and we are more united because we learn from the mistakes of the past. The album is already completely written, now I am focusing on recording, mixing, and mastering both the debut album and the tribute album which will have 4 versions. Only the debut album “Sign ov The Evil Eye”, only the tribute album “Metal Okkar”, a set of both albums without the underlying stories, and a set of both albums with the stories that tell the plot and unfold the mysteries of the lyrics, which will also be complete with the artworks for the songs and the artworks of the guest musicians and voice-over artists.

Can you share some thoughts about your tribute album? We know you collaborated with a series of bands, how things went?

Yes, I have collaborated with Melechesh, Therion, Rotting Christ, Sabaton and Battle Beast in getting their permissions to record their songs and draw them on the cover artwork and I think that this will be a good change of pace from the main album and hopefully, people will like our interpretations of these more known or unknown songs.

For someone who has never heard the band before, what bands would you say “fans of … the band will also like Dark Æclipse”?

For someone who has never heard the band before, I believe that fans of Therion, Melechesh, Rotting Christ, and the others and also drawing from our YouTube comments on Memento Mori (acoustic demo version) I also think that fans of DarkThrone and Bathory will like our music.

Time for a bit of a lighter question. If you were able to go back in any period of your preference, where would you find yourself?

To be honest, I’ve always imagined myself going through periods such as The Dark Ages and the Victorian eras because those times were some of the most interesting to me growing up, seeing how people went from using swords and bows and crossbows to using guns and other artillery to the modern artillery and who knows maybe in the future we will even have a CyberPunk/Sci-Fi symphonic black metal concept. But we shall see what the future holds. We are still at the very beginning of our careers and we hope that this journey will mature us in ways we can’t imagine, but to get there we have to take baby steps to prove our worth.