[Interview] MICHELLE Nocon (Of Blood and Mercury): “Music can be everything, from simple entertainment to higher enlightenment.” 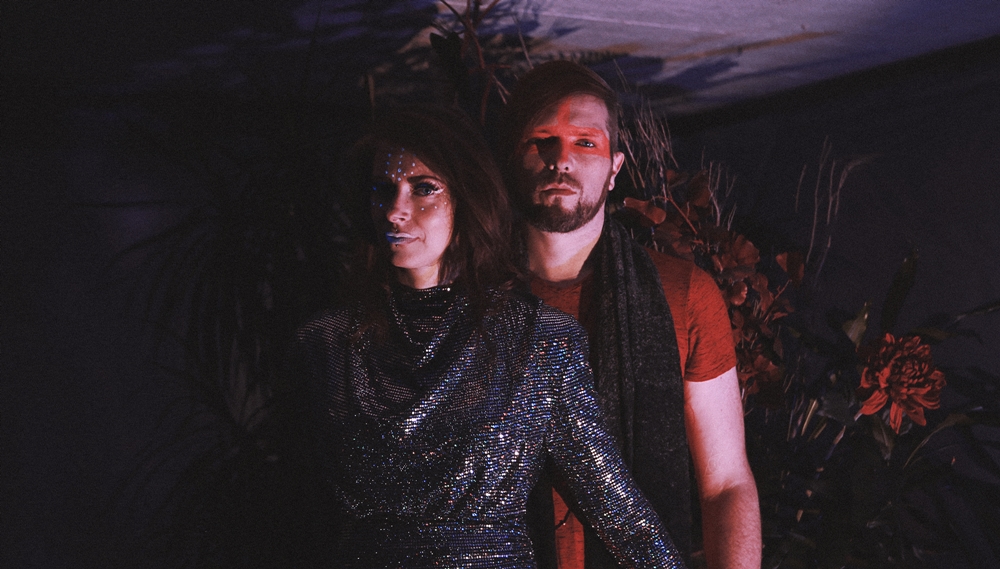 Of Blood and Mercury is the musical project founded by Olivier JWL and Michelle Nocon in early 2018. They united their creativity in a musical style that could be described as a mixture of Darkpop, Ghostpop, and ambient with a touch of nostalgia.

Hello, Michelle! I am pleased to have you with us today. Let’s start with the beginning. What got you in music and how did it all started?

Hello Miruna, many thanks for the opportunity! Music came naturally to me since I was very young. Despite an unfortunate childhood, I was always singing and listening to music, and even then, I often found solace in sad music. I sang in different choirs, like the school choir and others. And when I was old enough to have more freedom to make new friends, I was glad to share music with people who were not part of my family or school environment.

I soon became part of a cover band playing Metallica, Danzig. And afterward, we started to write our own songs. Later I joined Serpentcult, which was a doom metal band, and from there on things came more into form. I played in another metal band called Death Penalty through an invitation of Gaz Jennings from Cathedral, then Bathsheba and now Of Blood and Mercury.

Tell us a bit about the meaning of the name “Of Blood and Mercury”? Is there any specific explanation for it?

Despite living on earth, we never truly felt ‘belonging’ here. In nature yes, but less amongst others. We spent much of our lives wondering in doubt about the essence of life itself. Our interests were found in both the scientific, and the spiritual world; Blood, bound to earth, and being human; Mercury is an intriguing element in the periodic system and a planet. We integrated what at first sight, seem to be two contradictions, into our band name.

What kind of themes are you exploring?

The themes we are exploring are on one hand very personal experiences, but always again with that doubt. Some may call it an existential crisis; others call it esoteric consciousness. It always involves a sadness that many of us would describe as ‘melancholy’.

Olivier and I somehow share a common ‘family-less’ background which impacted our views and feelings greatly. The feeling of not fitting, not belonging, and longing for something that has never been experienced, surely finds roots in this situation. Though it doesn’t stop for us at the level of human experience, we also look to space and other dimensions.

How is the writing process working for you?

Olivier writes most of the music and I make the vocals lines and lyrics on top of that. Sometimes I come up with some basic notes or a part which then Olivier transforms into an actual song. Lyrics can be written in advance, while making the vocal line itself, or afterward.

Something you might find interesting is that the lyrics for the song ‘Strangers’ were written far before the actual song was composed. I wrote these lyrics on the way back from our gig with Bathsheba at Dark Bombastic Evening in Romania. They were written on my phone because I had nothing else to write with me and I didn’t want to lose the moment.

Although the music was not composed of these lyrics in mind, they just fitted perfectly when I was making the vocal line. In my eyes, this was beautiful synchronicity.

How are things going in this period? Is it the most difficult period an artist can go through? Have you ever had any similar situation in your career?

I think it is very difficult. Especially for artists like us who are not really into online marketing and streaming tools. Apart from that, it is just very different to attend a concert or to look at streaming. It’s just not the same, neither for the audience nor for the band. We struggle with that, but we won’t force things.

We hope that our music will spread and speak for itself. That is why we are grateful that platforms like yours are using your voice to spread the music around. Apart from that, a band is simply unable to generate a bit of money from fees or selling merch on a gig to reinvest. The ridiculous post-lockdown prices of the post-service here, have also not made things easier. It is what it is, and we all must work around this. For fans too, especially those who prefer the physical work, they might not always have the opportunity to buy anymore.

Maybe something good will come out of it? Maybe people will appreciate more what they have and will buy music they love instead of what they think they love? What concerns me at the same time is the political correctness in which simply none of us can be free to create, think, or to speak and therefore, to connect with the world around us. Especially in the art world, there is a very one-sided view that is shown to the outside world for commercial purposes, or from the fear of not being able to play a show, to get reviews, interviews, or other repercussions. This is a very narrow road to go into and it will eventually end with a wall.

In the present conditions, what role can have the artistic act and creation?

People are indeed understandably more concerned about their families, incomes, jobs, and the everyday struggles that come with life. On the other side, challenges always seem to be a catalyst for change and introspection. So, who knows… Art, music, and literature have a very important role to play, especially now. Imagine a lockdown without music! In popular culture, there is barely room for spirituality. This leaves a gap on the other side to attract people who are not satisfied with this and who are looking for more elevated creations.

For us, music can vibrate similarly as a spiritual experience does. And I don’t mean that in a superficial way, but with a true, deep feeling of unexplainable connection.

Music can be everything, from simple entertainment to higher enlightenment. I suppose it depends on both the creator and the listener and often their intentions too. This makes the invisible relationship between creator and listener miraculous. You experience such things at a great concert where everybody is ‘feeling it’. There might be a moment of deep understanding, deep emotion, and even deep sadness, which cannot be achieved through other means.

Experiencing something in its full glory helps to understand, consume it and then accept or change it. Music accompanies us through emotional and spiritual processes. This is a gift of significant value.

Lately, I am reading a lot of esoteric philosophy, and I am spending more time gardening and sporting. It is a good time for introspection for all of us, due to the times and the season. Doing ‘nothing’ can serve a great purpose.

I just finished listening to your latest record for almost 30 times and I have to admit that I am impressed! How was it for you two to change the style?

Since we always listened to diverse music it felt natural to explore different musical landscapes. Olivier has been doing this too with his other band Emptiness. What was harder for me was singing. The soft, intimate singing made me feel much more exposed and vulnerable. I also realized I really needed to sing better. With softer music, your faults are not covered under layers of bass and guitars. But I assume that someone who usually sings softly probably finds it challenging to use a more untamed voice. It all comes down to what you are used to.

How does it feel without Bathsheba? Do you miss those times, the “metal days”?

Yes and no. I had a lovely time with Bathsheba and I cherish that. Ending it, I think was natural. When I was in Bathsheba I was already in conflict with the metal scene. My purpose seemed to be deeper than putting horns in the sky and drinking a beer. That’s fine if people want to do that, but it did not match with what Bathsheba meant for me and what it did to me.

I always listened to a lot of different music and even more now. Most metal acts don’t speak to me like they used to. I don’t feel darkness there and it seems that I am looking for something more extreme; no gimmicks, but bands like Diapsiquir or Deathgrips, to name some. At the same time, I do miss things about the metal scene; the rough concerts, the destruction, and some of the people. Many things that you do at a metal concert would be deemed absurd at any other place. It has something freeing. Olivier still has his black metal band Enthroned, and for the balance we play together in Leviathan Speaks, which is a noise black metal project.
The dark force never fully leaves you I suppose.

What music does ‘Of Blood and Mercury’ listen to lately? Can you recommend to us any bands that you two love?

I am relistening Sulfjan Steven’s ‘Carrie and Lowell’ which is a very intimate and touching album. I discovered it in 2017 thanks to my dear Jelle, the drummer from Bathsheba. Another very recent discovery is Eefje De Visser, discovered through Steven Willems who is a very passionate music journalist.
Deathgrips: Pure creative madness. This band is full-on.

Will you keep the same sound or will you start experimenting a bit?

We plan to write new music and prepare for our gig at Roadburn. And we have no idea what direction we will go. We won’t set any limitations for ourselves.

The last words belong to you! Thank you again for accepting our invitation, and I can only hope to see you soon! Take care.

Thank you very much Miruna, for the opportunity to talk about our project. We are happy to be a part of this magazine. It is different from others are doing and that’s great. We also want to thank everyone for taking the time to read this interview and checking our music. Don’t despair in these times but focus. We wish you all the best. 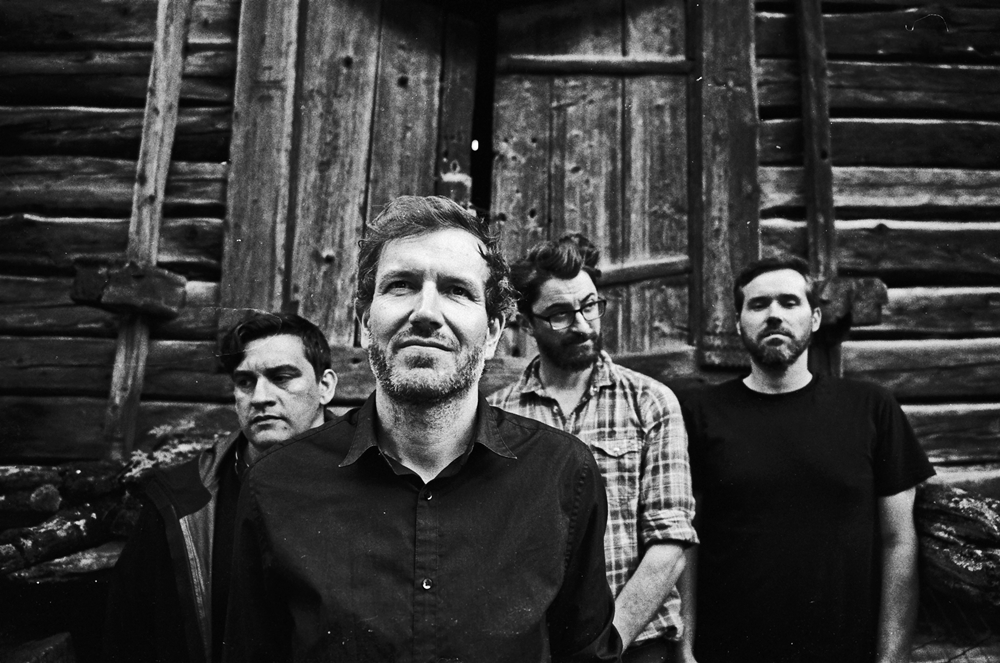 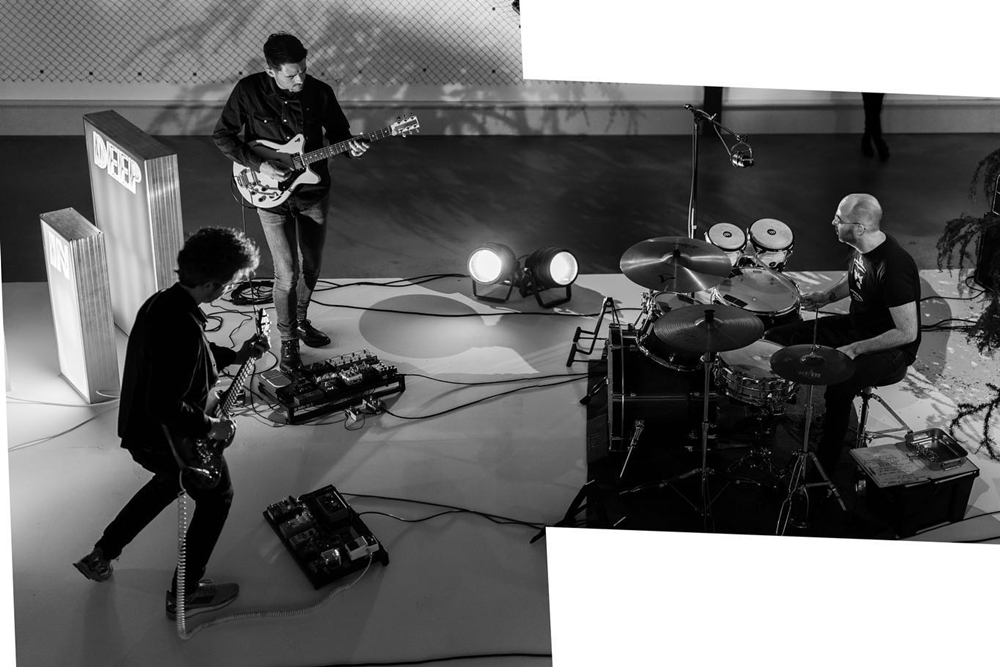 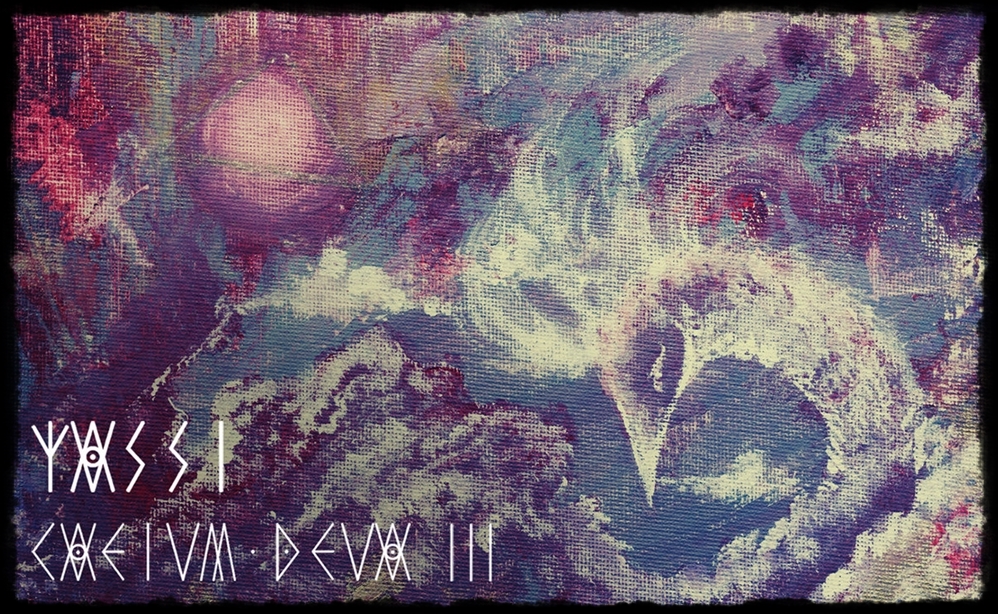