International Exhibition to Support the Education of Children in China 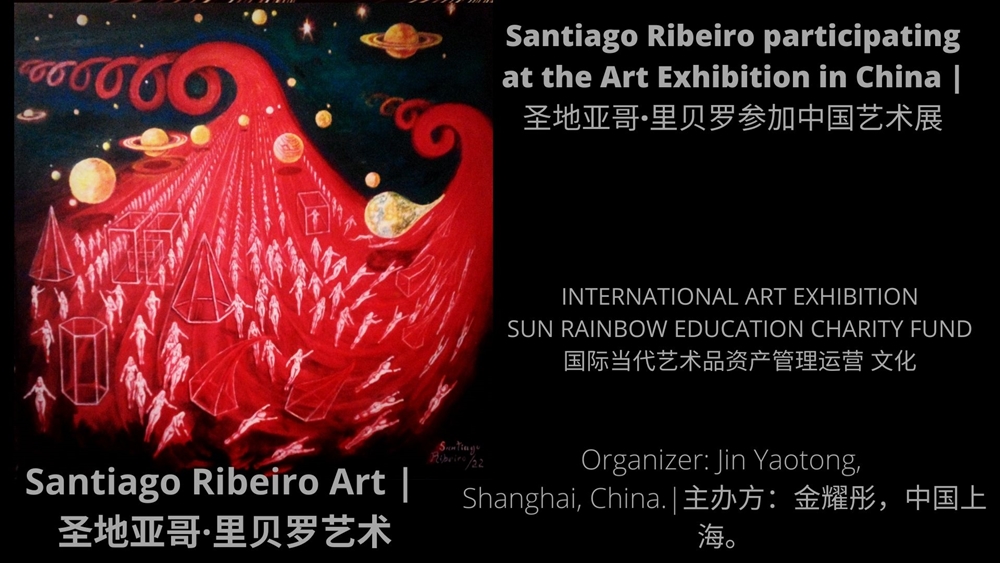 Santiago Ribeiro participates in the 21st Century International Art Exhibition in China. Contemporary artists from over 20 countries around the world.

Shanghai, China – It will be held in several cities in China as an international exhibition to support the education of children in China with artists from more than twenty countries. The exhibitions will have placed in Beijing, Shanghai, Hangzhou, Nanjing, Shenzhen, Guangzhou, Chengdu, Chongqing, Changsha, Wuhan, and Qingdao Xi’an.

With the fruitful achievements of China’s reform and opening-up, China has entered a well-off society in an all-around way.

“While making remarkable achievements in the field of economics, the field of culture and art also needs further development. We focus on the operation and management of international high-end artworks, cooperate with outstanding contemporary artists from all over the world, and promote the popularization of humanities and art in Chinese society and international cultural exchanges.

We will hold international art exhibitions in different cities constantly across the country. Part of the fund’s income will be donated to children in poverty-stricken areas for their education.”

Times Square in New York, USA has reported his exhibition information many times, and his works have been collected by collectors in many countries.